Dr. Ann and Dr. Eric met while attending Palmer College of Chiropractic in Davenport, IA.  Dr. Eric is a Jackson native & Dr. Ann is from Northwestern Pennsylvania.  After graduating from Palmer College of Chiropractic in 1992 they worked as associate chiropractors in Pennsylvania, then in 1993 they moved back to Jackson, MI and opened Schonhard Chiropractic.  Later that year they were married at Queen of the Miraculous Medal Church.  They have been blessed with 4 children: Rebecca, Marilyn, Katie, and Joey. 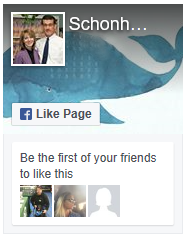